For me and baby, too! 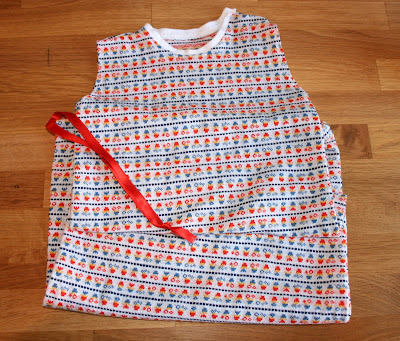 Last week was a rather productive sewing week. In addition to finishing my box blanket cover, I managed two more projects! And all that in three days, so that I decided to give the sewing machine and myself a break for a few days. The midwife also informed me that 8 hours of sewing is not a form of resting. Who'd have known - I was having so much fun! Anyway, real rest was also on the books. Having done that, the couch cushions are getting an opportunity to recover from my heavy shape today while I do some real-life stuff - like blogging!

As you can see, the sleepsack turned out alright. My biggest challenge on this one was creating a pattern. Took a particularly wide baby outfit to use as a pattern for the top and then extended it for a whopping 70 cm (nearly 30 inches). Sounds crazy long and looks crazy long, but that's the smallest size I've seen in the stores here. It will probably all make sense once the baby's in it. We'll see. A friend sent me a great website for Ceewee Baby, a woman who sells gorgeous handmade sleep sacks in the States. She also gave me a much needed sleepsack education - apparently they eliminate the need for blankets, making sleep time much safer. Sounds good to me! I do see myself trying to copy the Ceewee sack, though - it's gorgeous! 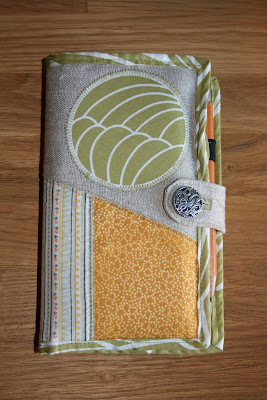 My second project was something for me - an agenda cover. I've seen a lot of neat ideas for passport covers and other such projects and have been itching to make one for myself. The bias tape binding was the scariest part of this project, but it ended up working out. This post on a new blog I've discovered inspired me to finally get going. I saw another great post a couple months ago that gave me color inspiration - especially the linen cover - so fabric was ready. 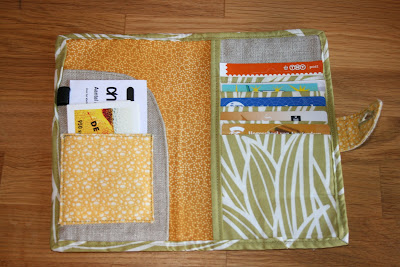 The best tip from badskirt was to mock up the cover with paper first. That gave me a starting point for cutting fabric, which essentially came down to adding seam allowances to the pieces I'd cut. The card holder gave me a bit of trouble just because I didn't cut it long enough, but in retrospect, a lot of cards also add a lot of weight and since this is not a wallet, there don't have to be many spaces. There is quite a bit of interfacing in there to give it shape and weight, but it's not too bulky in the end. 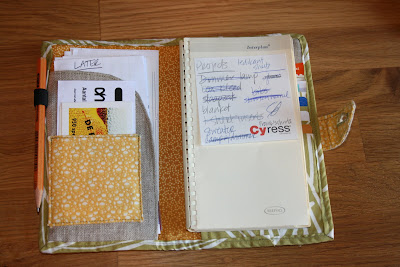 Here's a picture with agenda insert, not to mention a glimpse of my list obsession. Now lists, later lists, and project lists. Nice to see so much crossed out, though! The little elastic pencil holder also makes me happy. In my first "real" job my boss was a stickler for only writing in her agenda in pencil and it's a habit I've picked up. The messiness of crossing out changes in my agenda makes me irritable, so pencils it is for me. Preferably real pencils over mechanical, too. Mechanical pencils are too pointy and sharp, so they don't erase well. 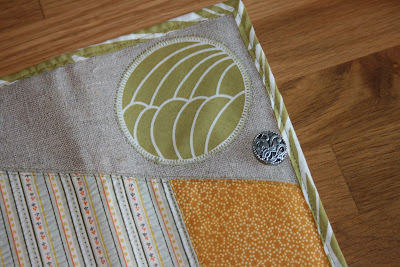 And the last details. I incorporated a particularly beautiful button that was a part of a wedding favor received two years ago. So glad to have been able to use it as I think it's particularly beautiful. It would have never happened if my sewing machine didn't turn out to have the most amazing automatic button-hole making function EVER!